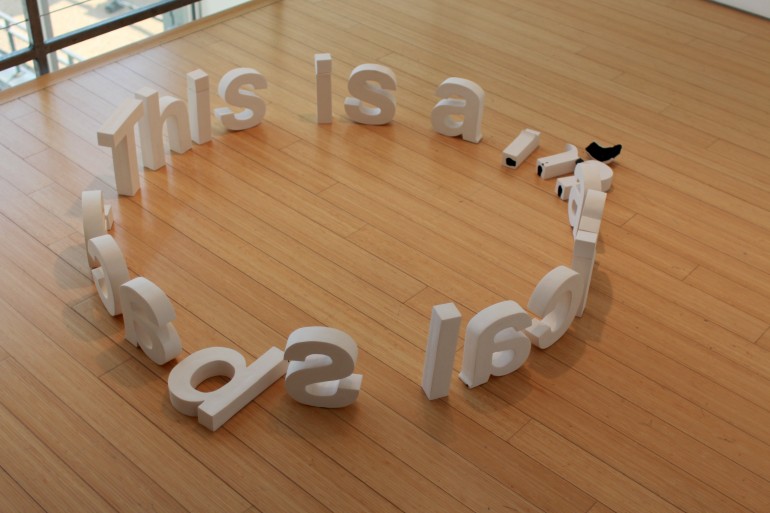 As part of the National Council on Education in the Ceramic Arts 48th annual conference (NCECA), which will bring 5,000 visitors to Milwaukee in March, Portrait Society Gallery will host a related exhibition.

f(c), an exhibition curated by Madison’s Ariel Brice, will present the work of Thomas Müller, Krijn Christiaansen & Cathelijne Montens of KCCM, and Stephanie Davidson & Georg Rafailides of Touchy-Feely, from March 19th through April 12,,  2014. 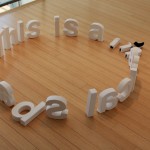 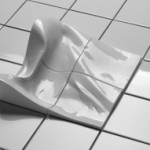 Ariel Brice is an artist and lecturer in Ceramics at University of Wisconsin-Madison. The exhibition will feature designers, artists, and architects whose works play with tense structures, anticipation, and the performance of objects. “f” refers to function not in the sense customarily associated with ceramics, but instead in the mathematical sense: a finite yet unknown number of output possibilities based on the value to which it defers in the parentheses that follow.  “c” refers to the specific material conditions of clay and ceramic.

KCCM was founded by Krijn Christiaansen (1978) and Cathelijne Montens (1978). The work of these two young Dutch designers explores the ways public spaces and landscapes are made, used, lived in, transformed and shaped by people.  Their research and design interventions emanate from their home and studio in Noordwijkerhout, the Netherlands to global locations such as Serbia, Romania, Indonesia, Hungary, Japan, and most recently, to the Portrait Society Gallery in the USA. They teach design at the Gerrit Rietveld Academy in Amsterdam and at the Royal Academy of Art, The Hague.

Founded by Architects Stephanie Davidson and Georg Rafailidis in 2006 Touchy-Feely is a platform for haptic design in architecture and is a specialized branch of their architecture practice DAVIDSON RAFAILIDIS.  Based in Buffalo, NY where they live and teach Architecture at SUNY Buffalo, they develop close relationships with material manufacturers and production facilities in Europe and America, to develop architectural applications for new projects and material innovations.  Using an experimental approach to materials and an interest in incidental design, T -FEELY aims to provoke curiosity in, and more physical interaction with, the built environment.

Thomas Müller is an artist living and working in Los Angeles, California.  He was born in Cape Town, South Africa and spent his childhood growing up in Africa, the United States and Europe.  Growing up in such disparate locales and cultures has inevitably influenced his work, in particular as it relates to language, time, memory and space.

He maintains an active studio practice and shows artwork locally, nationally and internationally.  He has lectured and been a visiting artist at universities and art institutions around the country and is currently teaching at Loyola Marymount University.  He uses time as a sculptural element to create a sense of tension and places the work perennially in the present tense.  He explores ideas of the ephemeral, the nature of language and the nature of objecthood. All of the participants in this exhibition have participated in artist residencies at sundaymorning@ekwc located in ‘s-Hertogenbosch, Netherlands.  Formerly titled the European Ceramic Workcentre, sundaymorning@ekwc is an internationally renowned ceramic work centre where visual artists, designers, architects and other creative professionals can explore the artistic possibilities of ceramics.

This exhibition is included in the roster of Concurrent Independent Exhibitions taking place during the 48th annual 2014 NCECA conference Material World that runs March 19th to 22nd.   A public reception will be held at the gallery on Thursday March 20th from 7 – 11 PM.

Click here to cancel reply.
my umlauts
Under the Table Review